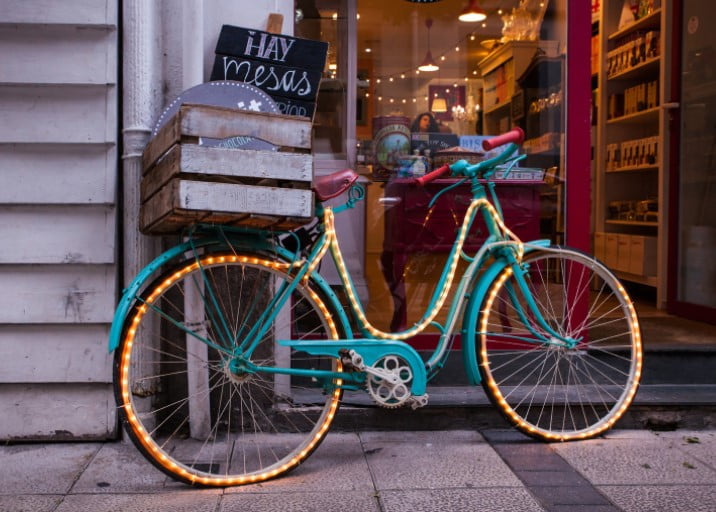 Want to know a fun fact about bicycles? There are more than 1 billion bicycles right now worldwide. Also, every year about 100 million bicycles are made for selling purposes. No wonder bicycles have been remarkable for humankind for years. It was initially invented 200 years ago, and the great legendary personality Leonardo Da Vinci had created some bicycle designs about 600 years ago.

Many bicycle models have come into existence nowadays. However, only a few of them are famous worldwide and are known for high sales in the commercial market. Some popular bike models are covered in this article, including bike accessories that make them unique from each other.

Different Types Of Bicycles Which Are Sold Commercially

Traditional bikes are the most common bikes and can be easily available everywhere. There is nothing special about this bike, but every other bike model is a modified version of a traditional bike. Regular bicycles are not made for rough conditions, and thus, keeping this bicycle on less crowded and flat city roads is better.

It is easy to identify a road bike. The grip and brakes of this bicycle are below the handlebar. A road bike is aerodynamically accurate to achieve high speed and to move through narrow gaps. Even today, many mail services use this bicycle to deliver mail around the city. Road bikes have strong brakes and gears, and some people also attach a headlight in front to ride at night.

As the name states, mountain bikes are designed specifically for uneven terrains and more considerable distances than standard bikes. The bike accessories used are of much better quality and provide a safer ride than the others. Also, these bikes are somewhat more expensive than the normal ones. The tires of this bicycle are broad, and it allows bikes to move through the muddy surface.

BMX! is the most incredible version of the bicycle. BMX is associated with both cultures, sports, and urban hip-hop. Connection with both cultures is the reason that they are called the coolest bikes. A BMX can reach a high speed, and it is also a stunt bike. The bike is famous among kids as well as adults. BMX is a small bike with essential bike accessories, but they are strong & durable despite the small size.

Hybrid bikes, also known as luxury bikes, are inspired by road bikes but offer a more comfortable design for cyclists who want to get from A to B because sitting allows a person to sit correctly. Hybrid bikes are best described as a cross between road, mountain, and touring bike designs, making them a more versatile bike that a rider can use for various purposes.

Riding a bike is fantastic for kids and adults, too. There are various models available these days to choose from before purchasing one. While purchasing, it is also recommendable to choose a bike with a helmet on. It will be even more remarkable, as safety is critical while riding a bicycle. While riding a bike, even if a rider falls at low speed still it will be damaged a lot to the rider. That’s why wearing safety gear is a wise choice. Wear a helmet, knee cap, and elbow cap while riding a bicycle. The bike is an excellent alternative to other vehicles. You can always prefer a bike for short-distance travel and off-road adventures, participate in races and marathons for fun.