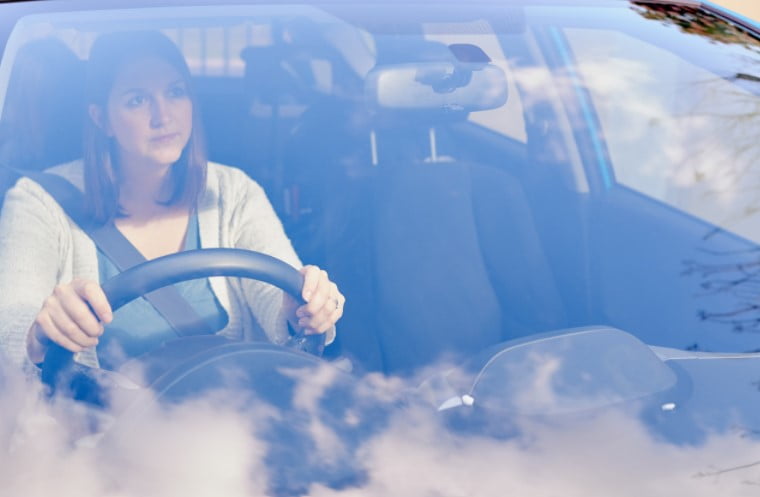 You’ve likely heard the terms “defensive” and “offensive” used when it comes to driving styles. But knowing the words doesn’t always mean you understand what they mean.

So when you’re told to drive “defensively,” what you’re supposed to do might not be obvious.

The terms need to be clearly defined. That way, it makes it a little easier for beginners or those wanting to make sure their driving style is safe.

Driving defensively is something that comes with practice. These tips will help you as you improve your skills behind the wheel.

Picturing an offensive driver is simple. Imagine those cars that you see on the highway, swerving in and out of traffic. They want to get where they’re going. They don’t care about little things like making sure there’s no car in their blind spot or using their mirrors.

In a nutshell, offensive driving means that you think you control the road. Other cars have to adapt to your vehicle. They have to slow down and move lanes to avoid hitting your car (or getting hit). You don’t mind violating traffic rules because you’re in charge.

This is an easy way to get in an accident.

Offensive drivers are frequently those who cause crashes by going too fast for the road conditions. They hit motorcyclists by switching lanes without looking twice. They let their emotions control their driving behavior, and they’re easily distracted.

If you want to practice defensive driving, make sure you cut out all offensive behaviors.

Practicing defensive driving starts with creating good habits. You work on setting yourself up for a safe trip, and if you do end up in an accident, it likely won’t be your fault.

From the minute you sit in the driver’s seat, your focus is on getting to your next destination safely. You put your seatbelt on before the alert chimes to remind you. You check your mirrors, even though you’re the only one who drives the car.

You’re automatically on guard and paying attention to your surroundings. You understand that just because the road looks clear doesn’t mean a hazard, such as an animal in the road, can’t show up without warning.

You don’t let things like your phone, the radio, or your passengers distract you from concentrating.

Your amazing driving habits will be the reason your defensive skills become automatic over time.

3. Be Mindful of Other Drivers

Here’s a very important tip to remember: Just because another driver should yield or stop does not mean they will.

Don’t depend on the other cars to follow the rules of the road. In fact, defensive driving means you’re acting as though the other driver won’t do what they’re supposed to do. You’re paying attention to that yield sign as you approach it and making sure the other car is slowing down before you pass.

Follow the three-second rule when you’re behind a vehicle. It says to look at an object, such as a telephone pole, and see when the car in front of you passes it. Then, make sure you can count to three or four before you pass the same object.

If they slam on the brakes, you have time to stop and avoid a collision with this rule.

Be respectful of other drivers, but be wary of them. Not everyone is as diligent behind the wheel as you’re trying to be.

The most common law broken around the world is the speed limit. To many people, it seems more of a suggestion than a law. They see it as an arbitrary number chosen at random by lawmakers.

The truth is that speed limits are carefully chosen by engineering and traffic investigators. A combination of math, science, and logic is used to determine the safest speeds allowable based on normal road conditions.

Yes, politicians have a hand in setting the final numbers, but there is a lot of safety that goes into getting to that decision. Following the speed limit and other road signs is an important aspect of defensive driving.

For instance, if you see a curve warning, slow down. “Children At Play” signs mean you need to be mindful of little ones wandering into the road at any moment.

The signs are there to be helpful to drivers, pedestrians, and anyone else on the road. Part of driving defensively is always paying attention to road signs.

Now that you understand the difference between offensive and defensive driving, you can find your middle ground. Erring on the side of being too cautious is the best way to stay safe. Still, you don’t want to be afraid, or that can be dangerous, too.

With enough practice, you’ll feel comfortable enough behind the wheel to be defensive without also being a danger. These tips will set you up with a strong foundation of excellent driving habits.