What the stars want you to wear: Birthstones

written by Sudarsan Chakraborty 16 May 2022 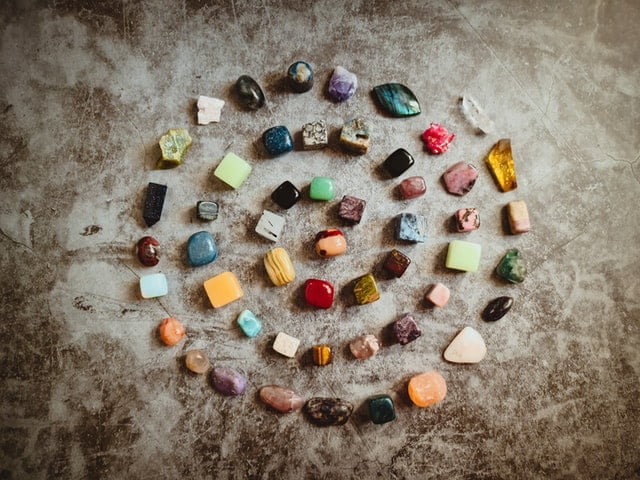 Gemstones are intertwined with human history. Whether it was to show power and authority during the early ages, a sign of bravery and prowess in battle during the middle ages, and today as jewelry. Birthstones have been around for centuries. The belief that there is a unique gem based on your birth month makes it even more appealing. It can be given as a meaningful gift for anyone you hold dear. And while the idea of wearing gemstones based on different months has undergone massive changes since it was first discovered in the 12th century, things have been the same since 1912, when the National Association of Jewelers legitimized the practice in the United States.

January: Garnet: The garnet, prized for its deep red color and durability, was believed to protect soldiers in battle. It is also said that the ancients wore it as a symbol of hope and health. The Chinese associated it with love and passion because they found similar traits within people born in January.

February: Amethyst: As one of the most valued stones during antiquity, Amethyst was around before anyone started keeping records. Legends say that it was the Greek god Bacchus who first discovered Amethyst. According to Greek mythology, Amethyste was a virgin maiden who was on her way to worship Diana. Bacchus fancied Amethyste, but despite his attempts at wooing her, Amethyste declined all approaches. To escape the wrath of Bacchus, who was enraged by her rejection, Amethyste called upon Daiana, who turned her into a glimmering Quartz. Impressed by her dedication, Bacchus poured red wine as a show of respect over the Quartz. The red hues of the wine combined with the blue of the Quartz to give Amethyst a purple hue. Roman emperors awarded victorious armies with cups made of this stone, believing that drinking from these glasses would prevent intoxication while celebrating their victories.

March: Aquamarine: Aquamarine is known to be the treasure of mermaids and sailors alike. This stone was believed to quench thirst when given as a gift in ancient times while protecting sailors from drowning at sea. It has also been associated with calming storms because its color reminded many of the ocean’s peaceful waters during stormy weather.

April: Diamonds: Diamonds are a girl’s best friend, but they also make for an alluring birthstone. The word diamond comes from the Greek “Adamas,” which means invincible.
buy valtrex Canada https://langleyrx.com/valtrex.html no prescription
During ancient times diamonds were seen as healing stones for people who had fallen ill or experienced negative emotions such as sadness or depression. They are said to have cured illness due to their ability to reflect light without absorbing it, making them appear clear even when full of flaws beneath the surface.

May: Emerald: Egyptians favored the Emerald because it represented green vegetation, life, fertility, and resurrection of nature. It is believed this stone enhances love between two individuals, so it has become popularly used in engagement rings today with couples looking to start their lives together under suspicious circumstances. A variation of its traditional use is pairing emerald stones with pearls. Since pearls represent birth and rebirth, it makes for a perfect combination with Emerald.

June: Alexandrite: Alexandrite is sought after because of its color-changing abilities. Alexandrite takes on different colors depending on the brightness of light it’s exposed to before falling back to its original hue during the night. According to Greek folklore, the gemstone was believed to have been created when Helios saw Aphrodite taking a bath naked. According to the legend, one night in June, Helios saw Aphrodite bathe naked. Upon witnessing her beauty, he dropped his burning torch onto the earth, causing stones like alexandrite (which symbolize fertility) and opals (representing love) to form.

July: Ruby: The ruby represents affection, dignity, fortune, and loyalty – all things desired in a relationship. This stone is said to have been formed by the rays of the sun, so it was only fitting that emperors and kings would give rubies as gifts during coronations or successions because they represented power. Today, Ruby holds significant importance in relationships and is much sought after due to its rarity.

August: Peridot: Native Americans believed this gemstone held special powers against evil spirits. They are known for their healing properties, which were once thought to cure malaria, cholera, and even blindness. The word peridot comes from Arabic, meaning “gem,” but other variations on its origin include Latin (exotic) and Hebrew (“gem”). Throughout history, it has also been used as protection charms against nightmares, making them popular among sailors who wore these stones around their necks or carried them in a pocket while traveling.

September: Sapphire: The sapphire is said to have been created from stars’ dust, making it a fitting birthstone for September since this month was named after the star constellation Virgo. This stone has long been believed to bring peace and happiness when worn, so they were often given as gifts during coronations or successions because they signified wealth and prestige. In biblical times these stones represented wisdom, faithfulness, and godliness.

October: Tourmalines: Tourmalines are best known as the “earth’s rainbow” because every color imaginable can be found within its naturally occurring crystals. This gemstone is thought to bring good luck and health when worn, but it also symbolizes happiness. October birthstones are often given as gifts during coronations or successions because they represent wealth and prestige. A variation on its traditional use can be seen today in engagement rings, where couples looking to start their lives together under suspicious circumstances choose tourmaline stones for an accent stone.

November: Citrine: Citrine has long been associated with the sun, which makes sense considering this gem comes from a quartz crystal that contains iron pyrite (fool’s gold). It used to hold special powers against evil spirits since ancient times before becoming more popular as a sign of friendship. They’re believed to help ease tension and guilt, making them perfect for anyone looking to mend a relationship or end the cycle of abuse.

December: Turquoise: This gemstone is thought to be a sign of friendship and spirituality because it was often worn in ancient times by people who believed they protected its wearers from the evil eye. Turquoise has been used throughout history, with high value placed on its beauty, rarity, and protection abilities, making it popular among royalty. It’s also been used as an effective pain reliever due to its anti-inflammatory properties when ground into powder form then consumed with water or alcohol.

While most people stick by their birthstones when buying gemstones, there is no rule that says you can’t wear something else. Just because you are born in December doesn’t mean you can’t wear diamonds. While birthstones make up for a beautiful and meaningful gift, wearing them comes down to personal preference and what you fancy.

No Place Like Home: Buy a House in Cypress

Ways to Keep Your Child Physically, Emotionally, and Mentally Active