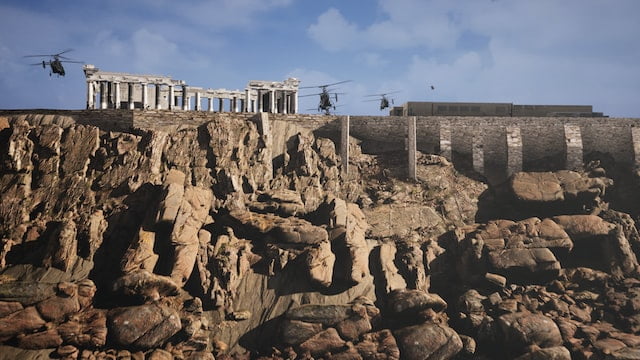 The finest indie PC games come in many sizes and forms, making it difficult to pinpoint what the word “indie” really means nowadays. Indie game development could involve small groups of developers creating delightful works of digital art or well-established developers splitting off to crowdfund enormous passion projects. Regardless of how they are made, here are a few of the best examples of what indie developers have to offer.

Cult of the Lamb

In Cult of the Lamb, you play the role of a lamb sent to the slaughter who has been saved from being sliced in half as a sacrifice to The Old Gods, by the One Who Waits. You then need to show your appreciation and pay back your debt by growing a group of dedicated followers in his honor. Establish your new cult by traveling to dangerous and mystical locations to build up your ranks of forest followers. They will in turn preach your word for you to arise as the only true cult to follow. While the game is new and not without its fair share of bugs, it definitely benefits from the features found in newer Lenovo Gaming PCs, with a late game RAM leak slowing down many players’ progress. A quick restart resolves the issue but having access to more RAM helps stave off this necessity. A fix is reportedly in the works.

Nobody Saves the World

Nobody Saves the World is a top-down action RPG created by DrinkBox Studios, the Canadian developers who also brought us Guacamelee. The game features crazy characters, a fascinating plot, and lots of weird humor. You play as Nobody, a person with no features and blank eyes who steps in to fill the role of the kingdom’s missing arch-mage. Nobody reclaims the missing mage’s magic wand, giving him magical shape-shifting powers while silly NPCs squabble about who should be in control in the mage’s absence. Players will continue to gain new forms as the game progresses, allowing for a ton of ways to strategically tackle the different game locations, which are populated with nightmare monsters, while providing a ton of progression to keep you hooked until the end of the game.

In the isometric role-playing game V Rising, players emerge as blood-seeking vampire who has just awoken from a century-long sleep. Your task is to regain your strength, rebuild your castle, and attempt to establish an empire in an effort to set yourself up as the new Dracula. There is a large open world to explore where players can hunt monsters and bandits and terrorize the resident NPC population. There is also a castle-building mode with the option to play solo or with other players, working with or competing against them in harsh PVP environments. The scale of the building system can grow to be extremely massive, making for some truly captivating builds.

Many would suggest that indie gaming, which offers some of the most extraordinary gaming experiences today, is where many of the finest concepts popular in mainstream gaming originate. But so many players are clueless about which indie games are worth their time, and now is the perfect time to change that.