High in the Sky: Is Delta 8 THC Legal? 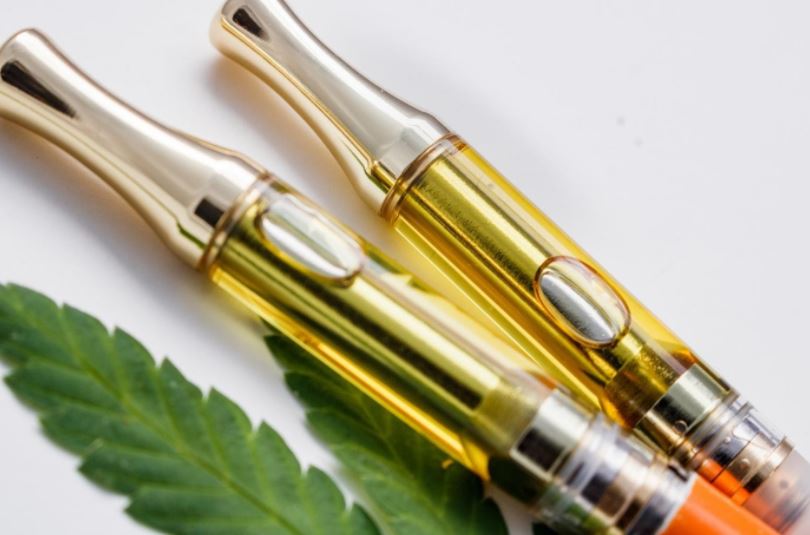 Did you know that cannabis is potentially a 28 million-year-old plant? However, it wasn’t until about 2,500 years ago that people started to “burn” it for its intoxicating effects. Scientists believe it was during this time that the plant evolved to produce high levels of THC.

Today, many use THC for recreation, while many others tout it for its health benefits. Delta 8 THC, also known as delta 8 or D-8 for short, is one of the several known forms of THC.

Now, the big question is, where exactly is delta 8 THC legal in the US?

We’ll give you all the answers you’re looking for in this guide, so be sure to read on!

A Quick Background on THC and the CSA

Marijuana has been a Schedule I drug under the Controlled Substances Act (CSA) since 1972. Schedule I drugs are those deemed to have no accepted medical use yet have high abuse potential. Aside from marijuana, heroin, peyote, ecstasy, and LSD are also part of the list.

The CSA defines “marihuana” (AKA marijuana) as all Cannabis sativa L. plant parts. These include both growing and non-growing components of the plant. As such, the law applies to all its compounds, derivatives, mixtures, and preparations.

However, the CSA excludes mature cannabis plant stalks (and parts of them) from the term. For example, it doesn’t classify fibers derived from mature stalks as marijuana.

The tetrahydrocannabinol (THC) content of cannabis is the reason behind this drug ruling. After all, it’s the compound that makes cannabis psychotropic or “mind-altering.” As such, marijuana and its THCs classify as Schedule I drugs.

Most people who talk about “THC” refer to delta 9 THC, but there are at least 20 different THCs in cannabis. The chief reason behind delta 9 being “the THC” for the longest time is that it’s the most abundant of all THCs. Scientists have also identified at least 18 different compounds of delta 9.

On the other hand, delta 8 THC occurs in cannabis in low concentrations, usually less than 1%. Researchers also say that delta 8 can be about half less potent than delta 9 THC. It’s still THC, but it has a reduced hallucinogenic effect.

This may help explain why users report feeling less anxious or “heady” while on delta 8. By contrast, many users say that delta 9 can cause an overwhelming “buzzed” feeling. Although THC may help improve mood, too much of it can trigger anxiety.

So, it’s no wonder a lot of cannabis consumers are raving about delta 8. Fortunately, certain laws in the US make this THC legal in most places around the country.

Before the enactment of the 2014 Farm Bill, all cannabis varieties were part of the Schedule I drug list. Then came the bill, which provided a standardized, official definition of industrial hemp. It defined hemp as Cannabis sativa L. (and its parts) with a delta-9 THC concentration not exceeding 0.3%.

The bill still placed tight restrictions on growing or cultivating industrial hemp, though. These activities only apply to higher education institutions or state departments of agriculture. They must also have state-permitted agricultural pilot programs.

For that reason, hemp and hemp-derived THC remained part of the CSA Schedule I list.

Then, on December 20, 2018, President Donald Trump signed the 2018 Farm Bill into law. This is the bill that distinguished hemp from marijuana. As a result, hemp and its parts are no longer defined as marijuana under the CSA section 102(16).

Moreover, the 2018 Farm Bill listed delta-9-THC in the CSA section 202(c). This move resulted in hemp-derived THCs being exempt from Schedule I substances.

That makes delta 8 legal on a federal level, so long as it comes from “industrial hemp.”

Places Where Delta 8 Is Legal

Most states adopted laws that reflect the changes brought about by the 2018 Farm Bill. In these states, delta 8 products are legal so long as they conform to the state’s specific rules. These states include California, Florida, Illinois, Texas, and Wyoming, to name a few.

Keep in mind that state laws keep changing, though, so always check yours before buying the stuff. At the time of this writing, though, there are currently only 11 states where delta 8 isn’t legal.

Some US states have cannabis laws that conflict with or differ from federal laws. There are also some, like Idaho, that follow a modified version of the 2018 Farm Bill. Then, there are the states where no cannabis, regardless of species, is legal.

That’s why state laws about delta 8 affect the THC’s legality outside the federal level.

On that note, let’s take a deeper look at what you should know about the states where delta 8 isn’t legal.

Alaska classifies tetrahydrocannabinols as Schedule IIIA substances. These include any compound, material, or mixture that contains THC. The state law doesn’t distinguish delta 8 from delta 9 THC, either.

So, those rules make it illegal to manufacture and sell delta-8 THC in Alaska.

By Arizona law, “marijuana” includes all parts of any plant that belongs to the genus cannabis. The seeds, resins, compounds, and mixtures derived from the plant are a few examples of such “parts.” This implies that any cannabis species is marijuana in the Grand Canyon State.

The UCSA does exclude synthetic isomer of delta-9-THC from the list, though. An example of such an isomer is dronabinol, a highly-regulated prescription drug.

In any case, Arizona prohibits the possession or use of marijuana. By definition, that includes all cannabis and its compounds, so that refers to delta-8, too.

For those reasons, delta 8 products aren’t legal in The Natural State. Possessing less than four ounces of a Schedule VI substance is already a Class A misdemeanor. The state considers any amount more than that as a felony.

Colorado was the first to legalize recreational cannabis for adults aged 21 and over. So, using cannabis (with its delta 9 THC content) is legal, so long as adults stay within the allowed limits. Despite D-9 THC’s legality in The Centennial State, delta 8 remains illegal.

In the First State, any material, compound, or mixture with any THC is a Schedule I substance. This is per the Delaware Uniform Controlled Substances Act. Anything that contains any quantity of marijuana is also part of the list.

Since delta-8 is a form of THC, that makes it an illegal Schedule I substance in Delaware.

As such, it’s illegal to possess any of these substances without a valid prescription. At the very least, violating these laws can result in a misdemeanor charge. More stringent felony charges also apply to more severe possession cases.

Mississippi opted not to adopt the 2018 Farm Bill. It still considers most forms of hemp and hemp products as Schedule I substances. As such, almost all forms of tetrahydrocannabinols, regardless of source, remain illegal.

The Magnolia State does exclude THC-containing FDA-approved drugs from the list. These include the prescription drugs dronabinol and nabilone. Personal care products with THC are also part of the exclusions, so long as the THC won’t enter the body.

Mississippi also allows CBD products, so long as they contain a 20:1 CBD to THC ratio. They must also be in a diluted form, and that their CBD content is only 50 mg of CBD per ml. Moreover, the THC concentration should not exceed 2.5 mg per ml of the product.

In Montana, tetrahydrocannabinols are Specific Dangerous Drugs classed as Schedule I substances. The Big Sky Country specifies THCs as hallucinogenic compounds. These include THC isomers with similar chemical structures and biochemical effects.

Since delta 8 fits the bill, you can’t sell, buy, possess, or use it in the State of Montana.

Rhode Island codified its cannabis-related laws under the Industrial Hemp Growth Act. This law defines “cannabis” as all parts of the marijuana sativa L. genus. That definition puts both marijuana and industrial hemp in the same cannabis category.

However, R.I. follows the federal laws on drug schedules, including those that apply to THCs. Any form of THC from a source that doesn’t meet the federal hemp definition is illegal in the state. For this reason, delta 8 may likely be illegal in The Ocean State.

That definition makes delta 8 illegal in The Beehive State.

Federally Legal but Not on Federal Land

National parks and public ski areas are two examples of federal properties. Under federal law, marijuana is still illegal, so no one can bring any such product to federal lands. Most forms of intoxicating substances aren’t legal, either.

Moreover, stringent regulations on “public intoxication” govern these federal lands. As such, anyone who acts or appears to be under the influence may be subject to fines or penalties.

That includes being in a mind-altered state due to the consumption of delta 8 or 9 THC.

Granted, no law specifies “THC” as a prohibited item on federal lands. However, they are psychoactive substances nonetheless. That should be enough reason to never bring them with you to national parks or ski parks.

From One State to Another

Just like with federal lands, crossing state borders can land you in a hot seat if you have cannabis with you. This can happen even if you’re coming from one legal cannabis state and going to another. You may also find yourself in this situation if you pass by any federal property.

Also, not all legal cannabis states allow folks to bring cannabis in and out of their borders. So, even if your state allows the use of delta 8, it likely prohibits you from bringing it outside of the state. Your state may also not allow you to bring in cannabis products from another state.

Delta 8 THC Is Federally Legal in Most US States

There you have it, the ultimate guide that answers your question, “where is delta 8 THC legal in the US?” Now, you know that delta 8 is legal at the federal level, so long as it comes from legal industrial hemp. However, state laws vary, so be sure to check what your state has to say about its legality, too.

That way, you can buy and use delta 8 products without worrying about breaching any law.

Interested in more health and lifestyle guides like this? Feel free to stick around to check out our other educational resources then!

Companies must depend on IT services for flawless regulatory compliance